When it comes to versatility, there are no luxury sports cars quite like the Porsche 911, which has a wide variety of models, each of which has its own unique variations. In total, the variations of the Porsche 911 go into the double digits, with each one offering up a different combination of body styles, drivetrains and engines.

Given its versatility and variety, the 911 is one of the Porsche vehicles that we get the most questions on here at Porsche of Delaware, and the question at the top of the list is one that surrounds the speed of the 911. Not surprisingly, everyone tends to want to know which of the Porsche 911 models is the fastest. As you’ll see below, they are all plenty fast, but if speed is number one on your checklist, there is one variation of the 2019 Porsche 911 that is sure to catch your eye. 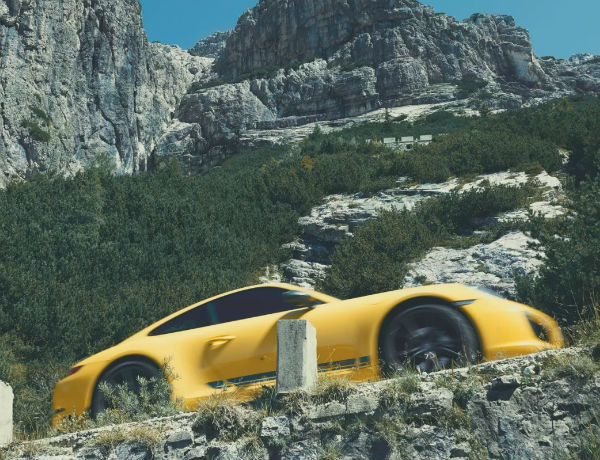 Though horsepower, zero-to-sixty time and top track speed are not directly correlated, they are the three specs that buyers and enthusiasts alike are usually in search of. You’ll notice that regardless of model, the maximum horsepower of all 911 models stays up above 370, meaning that all variations have plenty of pep in their step—it’s a fact that is further strengthened by their zero-to-sixty speeds.

Any vehicle that manages to clock 60 mph from a dead stop in less than five seconds is considered quick, yet the 2019 Porsche 911 almost knocks an entire second from that standard, with the Carrera T coming in as the “slowest” to hit 60 miles per hour. Slow is not the best adjective for the Carrera T, however, as it still gets to speed in just 4.3 seconds, which is an impressive feat. Those looking for a bit more speed will find that the 2.7-second zero-to-sixty speed of the 911 GT2 is enough to do the trick.

As you can imagine, with the quickest zero-to-sixty time, the Porsche 911 GT2 also has the highest top speed. While all of the models hover right around the 200-mph mark, the GT2 is the only one that breaks that barrier. On the track, it hit an impressive 211 mph, making it the fastest of the 2019 911 models.

Learn More About the Power-Hungry Porsche 911

If you would like to learn more about the 2019 Porsche 911, we encourage you to check out the rest of the Porsche of Delaware blog. On the other hand, if you would like to get behind the wheel of one of the high-speed models listed above, we encourage you to pay us a visit here in Newark, DE. While we don’t stock them all at one time, we do have a variety of Porsche 911 models to choose from. If we don’t have what you’re looking for, we can help you to custom build the Porsche 911 of your dreams.

What Level of Performance Output is Offered by the 2020 Porsche 911 Models?

This entry was posted on Thursday, January 31st, 2019 at 10:44 pm and is filed under Porsche 911. You can follow any responses to this entry through the RSS 2.0 feed. You can skip to the end and leave a response. Pinging is currently not allowed.